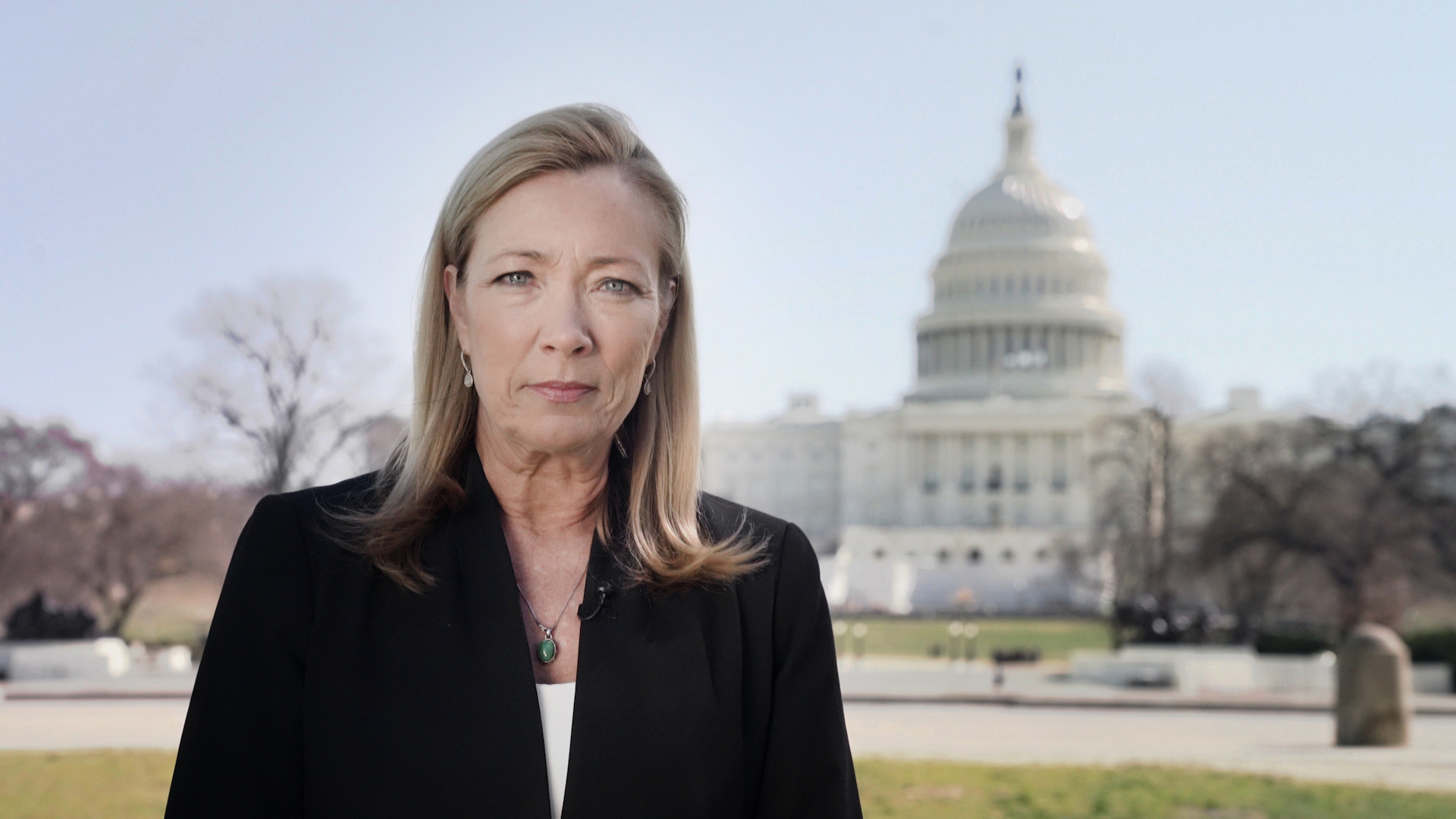 On Nov. 3, American voters will head to the polls to vote in the 2020 presidential election.

Few elements of the current presidential campaign have been untouched by the COVID-19 pandemic, including this month’s Democratic National Convention (DNC) and Republican National Convention (RNC). These conventions, spanning four days each, will see delegates of the U.S. Democratic and Republican parties choose their nominees for president and vice president in this fall’s election.

Due to COVID-19, the DNC, being hosted by Milwaukee, was delayed from July to August, moved to a smaller venue, and is now being held virtually and remotely. The RNC has also largely become a virtual event originating from North Carolina.

In advance of this month’s conventions, we spoke with PBS Wisconsin’s Executive Producer of News and Here & Now anchor Frederica Freyberg on covering this year’s events in light of COVID-19 and issues of racial justice.

What can viewers expect to see with national convention coverage?

Frederica Freyberg: Here & Now will bring work of its digital and broadcast reporters to national convention coverage this August. Reporters will air stories ahead of the conventions themselves, delving into issues important to Wisconsin, especially as emergent issues of racial justice and COVID-19 dominate the election cycle.

How is PBS Wisconsin partnering with Milwaukee PBS on the Milwaukee Convention Special?

As you might imagine, plans have been in flux because plans for the conventions themselves have been changeable due to coronavirus. At the outset, PBS Wisconsin and Milwaukee PBS were preparing to work out of the Milwaukee studios as well as on the ground at the convention in that city. We were and still expect to lend our reporting team to theirs to provide added heft to coverage. Our teams continue working together to determine new production schedules.

The 2020 presidential campaign is happening during unique circumstances with COVID-19. What are some challenges you’ve faced, or anticipate facing, in your coverage?

Not only has the DNC been delayed, but now its footprint has been reduced to a largely remote event, although former Vice President Joe Biden and his running mate are slated to appear in person to accept the nomination in Milwaukee. The challenges of the RNC being held in two states are considerable. In both cases, where early planning anticipated multiple production crews and live broadcast and digital reports, our own footprint is being reimagined in accordance with the events being staged by the parties. We also have to seriously consider the health and safety of our crews in the midst of the coronavirus. This includes the use of personal protective equipment, distancing and travel considerations.

What is the significance of the Democratic National Convention being held in Milwaukee?

Wisconsin is an important state in the 2020 election for president. For Milwaukee, city leaders had anticipated a major economic boost. That will now be diminished, but the city still will see international attention, which its leaders hope will showcase its considerable positive attributes.

The Wisconsin Women Vote: A Here & Now Special also airs at 7 p.m. on Thursday, August 13. How was that special conceived?

PBS Wisconsin is coordinating production across units to dovetail with PBS coverage of suffrage this summer. Our News unit is well equipped to produce a special program for inclusion in this effort, so we quickly volunteered!

The program covers many firsts – Wisconsin being the first state to ratify the vote for women and then a host of “firsts” for Wisconsin’s female politicians. What do you hope viewers gain from this program?

We hope viewers gain an appreciation for the strength, heart and intelligence the women featured have shown as they entered and succeeded in their political lives, during which they “stand on the shoulders of their foremothers,” as Wisconsin’s U.S. Sen. Tammy Baldwin told us.

How can Wisconsinites stay informed about the 2020 election?

Well, we’d love to say you can watch PBS and PBS Wisconsin and read our online reports at pbswisconsin.org/news! You can also listen to NPR and WPR and their online news pages. We also have wisconsinvote.org, which provides voter information and election results.

In acknowledgment of Wisconsin being the first state to ratify the vote for women, this all-new PBS Wisconsin special considers the right to vote from the perspective of Wisconsin women who have trail-blazed a path for women in politics here in the Badger State.

This month, PBS Wisconsin’s donor publication The Circle featured a Q&A with Freyberg on reporting during the COVID-19 pandemic. The following is an edited version of the article:

Here & Now anchor Frederica Freyberg flips three switches to light up her remote production studio in her office at PBS Wisconsin. Few employees are allowed access to the TV station building to ensure safety in the midst of the COVID-19 pandemic.

Her remote setup includes a TV camera, microphone, lights, a portable “live” unit that transmits her image and audio over the air, and a teleprompter application she operates with her cell phone. A TV with the Here & Now graphic floats over her shoulder as a backdrop during recordings.

This is a major departure from her pre-pandemic routine.

“It feels very strange to be alone conducting these interviews and not under the bright lights of the Here & Now set with all the people and action at the station,” she said.

Following Governor Tony Evers stay-at-home order, Here & Now’s transition from a fully equipped TV studio and crew of nearly 30 to the remote setup and an in-person staff of one was swift.

“Our management knew it was important to keep people safe, streamlining the production so that people did not have to congregate inside the TV station building,” Frederica said. “And they made sure we could continue to put news programming on the air in the midst of this pandemic when it is vital that viewers have our connection to news and information.”

We interviewed Frederica to learn more about her experience reporting during the first months of quarantine, and what it takes to get a broadcast of Here & Now successfully on the air.

What’s it like during a remote broadcast of Here & Now?

Frederica Freyberg: Our engineer Eric Schwierske connects to guests via video conferencing, and he’s connected to me via an earpiece, to speak with me and the guest. I am also connected to the producer, who gives me time cues so that the interviews are as close to the exact time as needed. Mind you, all these people on headsets and monitoring the interviews and on-camera work are at home!

How has reporting for Here & Now changed over the course of the pandemic?

Our reporters are ingenious and talented. They are turning stories out of their homes, interviewing people via Skype or Zoom. Our videographers are strictly limiting going out unless it is absolutely necessary to the story. Some examples include shooting desolate streets scenes, drive-in church services, and election day in-person voting. They are very careful and keep their distance.

With the country in turmoil over racial injustice, a public health crisis, and devastating job losses, how do you choose what to focus on and amplify?

With so many cataclysmic issues, the most enduring of which is racial injustice, we must thoughtfully weigh what we believe our viewers and readers most want to know about. Of the trio of issues you detailed, we find there are intersecting points for analysis and investigation. For example, Wisconsin’s African- American and Hispanic communities are seeing disproportionate cases of COVID-19. As part of PBS Wisconsin’s mission, we are dedicated to examining and learning about racism, both as it affects our larger community and inside our own walls.