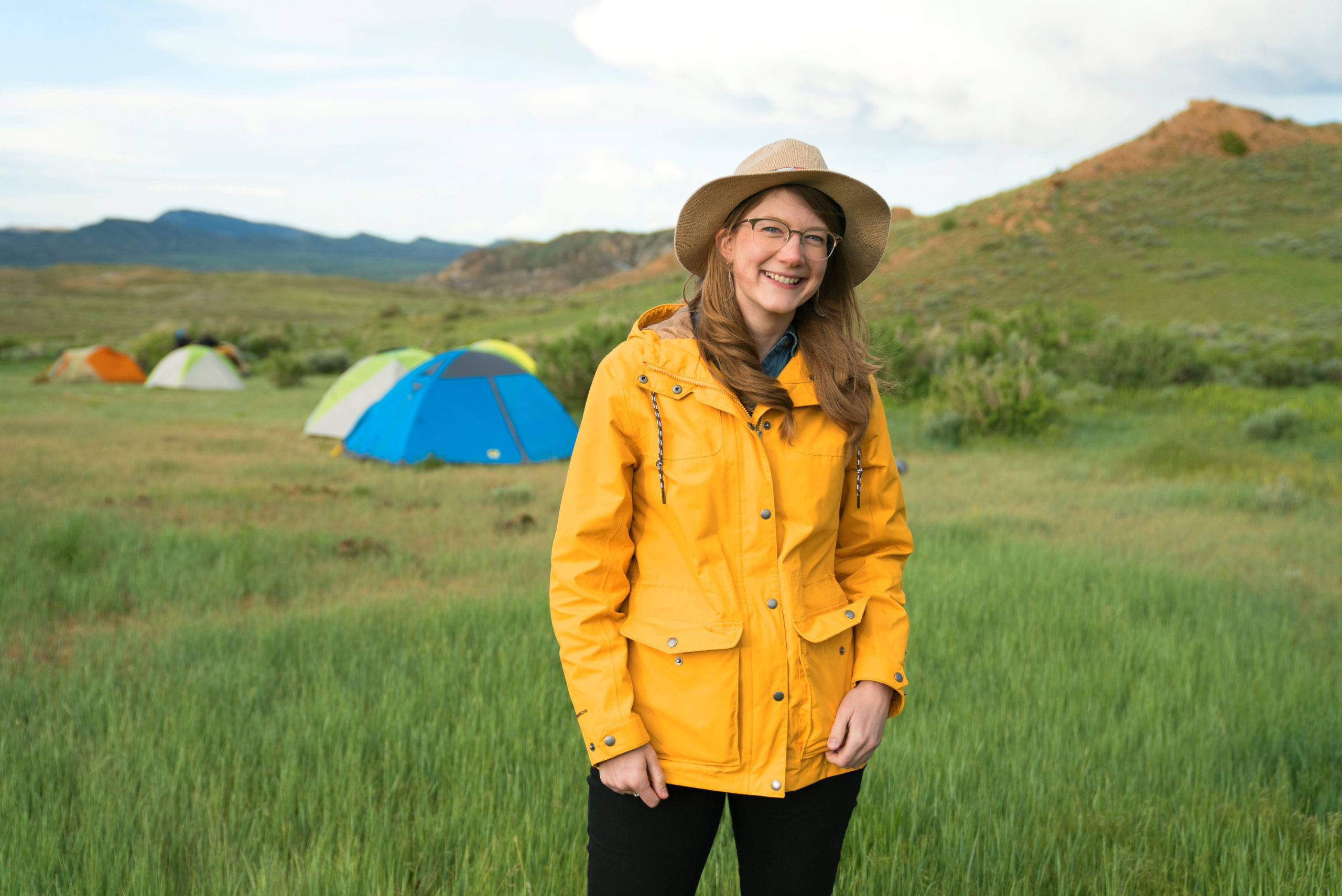 Fossilized bacteria, paleobotany and a T-Rex named Sue are just a few fascinating elements of America’s prehistory that will be examined in the three-part natural history series Prehistoric Road Trip.

Hosted by Emily Graslie, Chief Curiosity Correspondent at Chicago’s Field Museum and creator/host of the popular YouTube series, “The Brain Scoop,” the program will lead viewers on an unforgettable expedition through 2.5 billion years of the western United States’s geologic history.

We caught up with Graslie, who is also the show’s writer and executive producer, to talk about the adventures and surprises of filming this series. Prehistoric Road Trip begins at 9 p.m. Wednesday, June 17.

The series explores 2.5 billion years of geologic history. How did you choose what to highlight?

Emily Graslie: The site that we go to that’s 2 billion years old has what’s called stromatolites, which are fossilized bacteria. These fossilized bacteria were some of the earliest life that grew on the planet. They photosynthesized and over a period of a billion years were able to help change the atmosphere on planet Earth from one that was not rich in oxygen to an oxygen-rich environment, which paved the way for all other life on Earth to grow. That’s a pretty profound thing. Without these stromatolites, without this bacteria, we might not be here. Finding sites like that where you can see a really significant thing happening within the geologic period provides a nice benchmark for a place to start.

Is it safe to assume dinosaurs are part of the show?

We go on two different triceratops sites, we do two different sauropod sites, and we get to find evidence of all these big, charismatic dinosaurs that a lot of people are familiar with. What I think is cool is we take it a step further to talk about different animals and organisms within those environments. We go to a fossil clam site to learn about how people who study ancient clams, by doing certain chemical experiments on the shell, can figure out what the chemistry of the water was like when these animals were alive 65 million years ago. That’s amazing. T-Rex is cool and all but you can’t do that with a T-Rex.

How did your understanding of time change while filming?

We went to a fossil site that is so young, the specimens in it aren’t technically even fossils yet. We went to a mammoth site that’s 100,000 years old and they’re excavating this huge pit. All of these mammoths fell into this pool that was in the Black Hills of South Dakota around 100,000 years ago, which isn’t really that long ago after three hours talking about things in the magnitude of billions to millions of years. I think it’s really going to help people get a better understanding of deep time and the geologic timescale in a way that hopefully makes it feel more manageable to think about.

How do you make the connection between prehistory and today?

The third episode talks about how mammals were able to diversify after the extinction of the dinosaurs. Mammals lived with dinosaurs but a lot of the mammals were small and shrew-like little things. Once all the dinosaurs got wiped out 66 million years ago, mammals could then diversify and occupy the ecological niches that those dinosaurs used to occupy themselves. That’s how you got this huge explosion of the diversification of mammals and that’s how the life that we all see and recognize is able to flourish.

What were some of the challenges of filming Prehistoric Road Trip?

We wanted to have a really wide diversity of people with diverse interests and backgrounds represented in this show, so we ended up filming more than 60 interviews and 34 filming locations. All of those things required permits, conversations, logistics, planning and scheduling with people from all across the country, with researchers who are only at sites for a couple of weeks out of the entire year. We had to coordinate our whole production schedule around that and also keep in mind that we were filming in some of the most unpredictable parts of the country in terms of weather.

What do you hope viewers gain from watching this program?

I think as a society, we still struggle with the perception of what a scientist looks like or who is a scientist. The diversity of people who we interviewed for this show is really going to help people develop a new understanding for who scientists are and the role that they play within our societies.