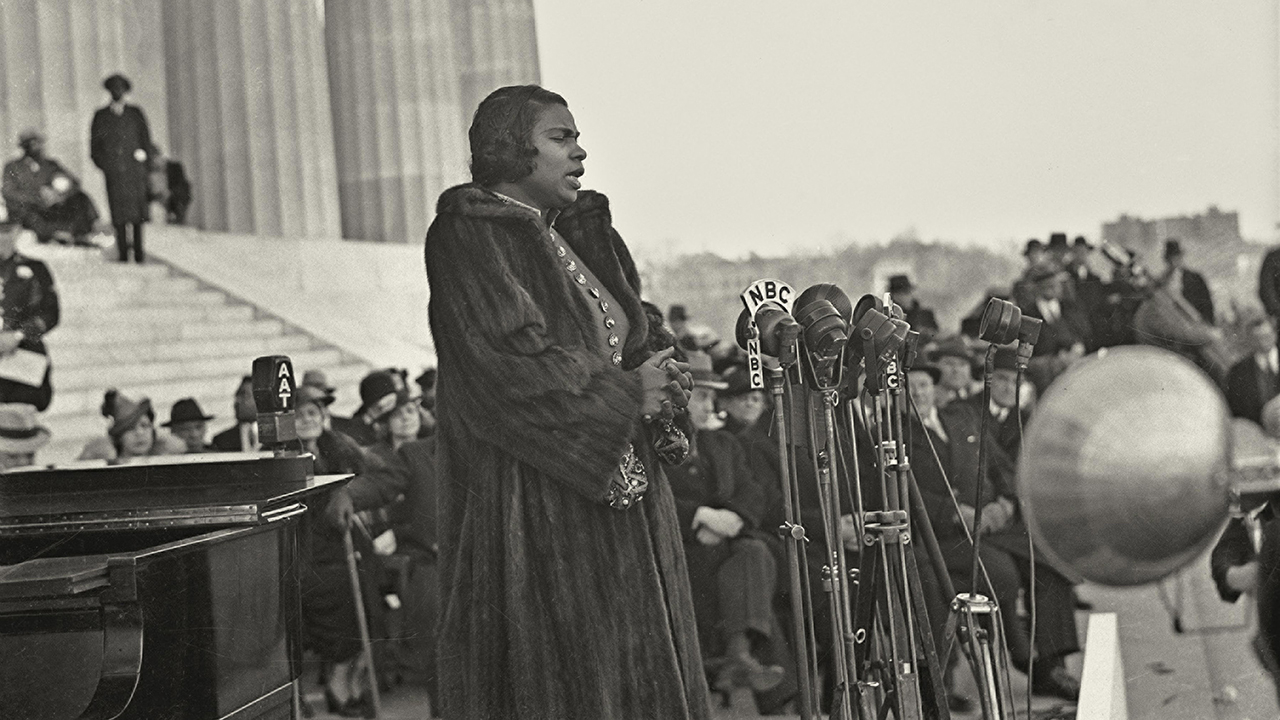 In celebration of Black History Month, PBS Wisconsin invites you to recognize the achievements of African Americans, past and present, with this selection of programs airing in February and streaming anytime on the free PBS Video App.

In Their Own Words: Chuck Berry

Take a riveting ride on the Chuck Berry train, exploring the life of the man behind the music. PBS Passport members: Watch the program now!

Nicknamed the “Architect to the Stars,” African American architect Paul R. Williams was one of the most successful architects of his time. But, at the height of his career he wasn’t always welcome in the buildings he designed because of his race. Hollywood’s Architect tells the story of how he used talent, determination and even charm to defy the odds and create a celebrated body of work.

Examine the world of racist material, both antique and newly produced, that propagate demeaning representations of African Americans. The film shines a light on those who reproduce, consume and reclaim racially-charged items.

Celebrate SOUL!, the public television variety show that shared Black culture with the nation. Ellis Haizlip developed SOUL! in 1968 as one of the first platforms to promote the vibrancy of the Black Arts Movement.

American Masters: Marian Anderson – The Whole World in Her Hands

With unprecedented access to the estate of contralto Marian Anderson, this documentary digs deeper into the life, career, art and legacy of the singer of classical music and spirituals. Anchored by key performances in her career, the film shows how her quiet genius and breathtaking voice set the stage for Black performers in classical music, and a louder voice for civil rights.

John Lewis: Get in the Way

At the height of the Cold War, the U.S. State Department — known as “pale, male and Yale”— remained one of the last agencies to desegregate completely. The American Diplomat tells the story of the fight for inclusion in American diplomacy through the lives of three African American ambassadors: Edward R. Dudley, Terence Todman and Carl Rowan.

The Stand: How One Gesture Shook the World

Through intimate interviews with participants and witnesses, this documentary is a revealing exploration into the circumstances that led runners Tommie Smith and John Carlos to a historic moment at the 1968 Olympics.

Through the Banks of the Red Cedar

Follow the 50 year legacy of the filmmaker’s father, legendary Minnesota Vikings wide-receiver Gene Washington from the segregated South to Michigan State University alongside highly decorated teammates Bubba Smith, George Webster and Clinton Jones as they become members of the first fully integrated football team in America, later making history as first round picks in the 1967 Draft.

Public speeches, personal interviews and powerful songs of the fearless Mississippi sharecropper-turned-human-rights-activist paint a moving portrait of one of the Civil Rights Movement’s greatest leaders.

Discover how Vel Phillips achieved an impressive list of “firsts” as part of her legacy, including the first African American judge in Wisconsin and the first woman, and African American, in the nation elected to executive office in state government.

In July 1949, four young Black men were accused of rape by a 17-year-old woman in rural Lake County, Florida. The case of “The Groveland Four” included a race riot, torture, multiple murders, two trials and a Supreme Court reversal. Though widely covered, the case has been largely forgotten, even though it helped lay a foundation for the Civil Rights Movement.