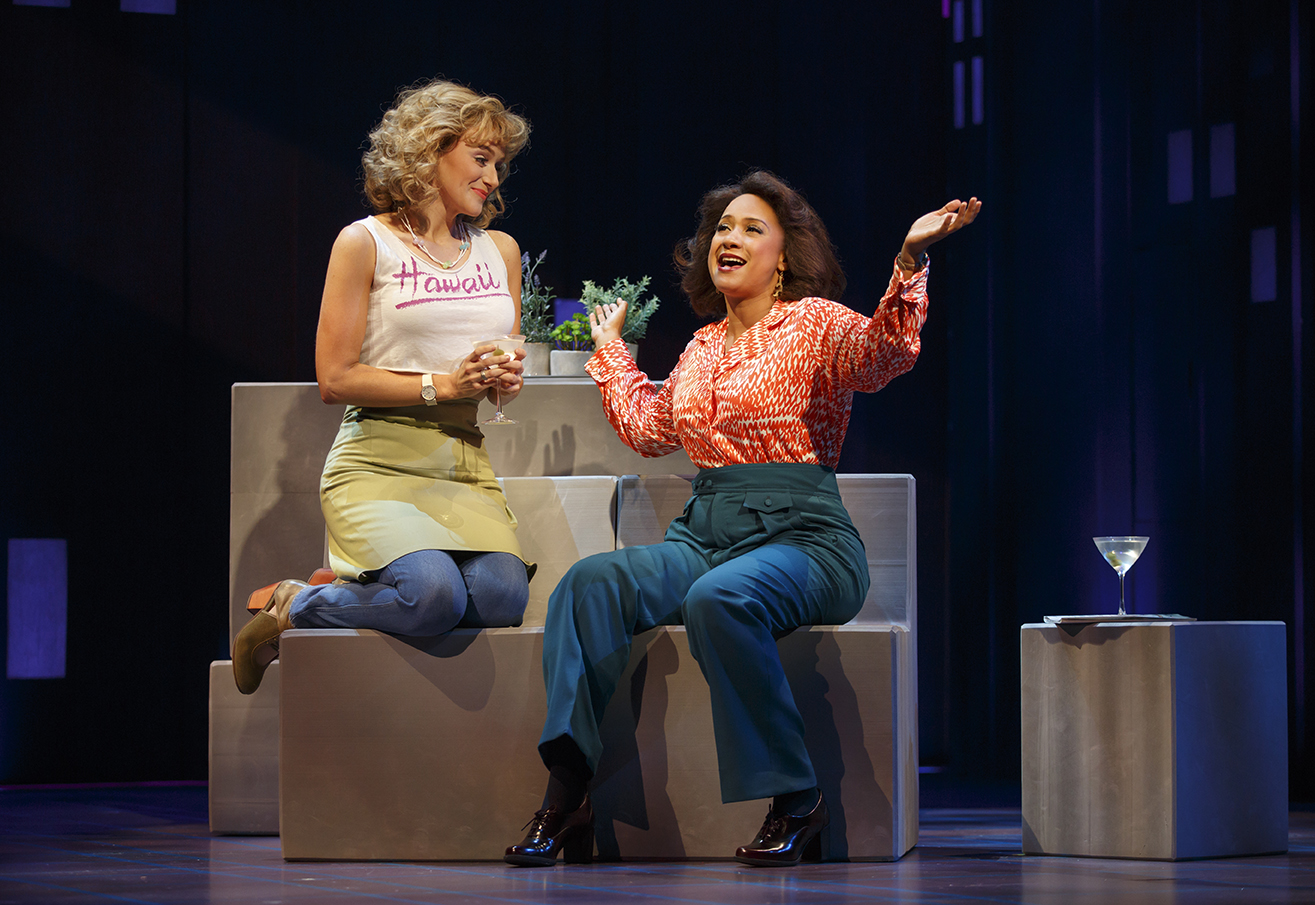 As we approach the 51st anniversary of the Stonewall riots and their monumental impact on the gay rights movement, PBS Wisconsin recognizes the contributions of lesbian, gay, bisexual and transgender people on local, national and international communities. We invite you to celebrate Pride Month this June with these PBS programs, airing this month on PBS Wisconsin and streaming online. 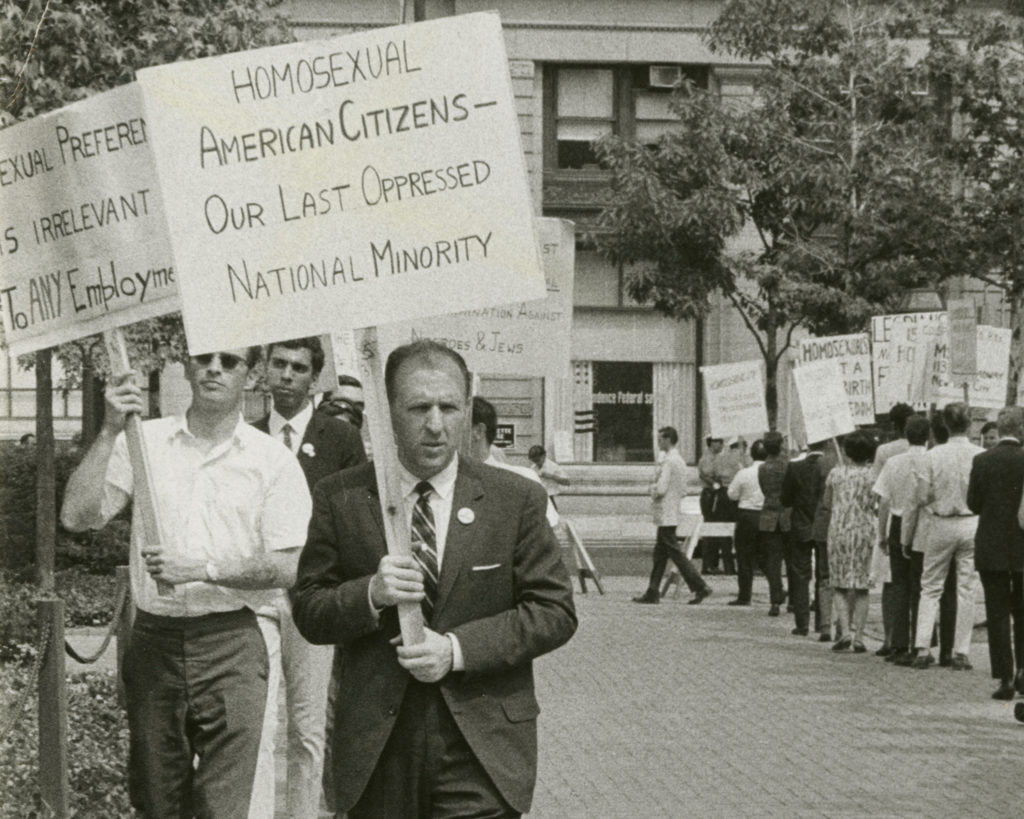 Frank Kameny leads a picket line in front of Independence Hall in Philadelphia on July 4, 1965, four years before the Stonewall uprising. Photo courtesy of The New York Public Library.

AIRING THIS MONTH ON PBS WISCONSIN

Films from around the world that center on the LGBTQ experience include “Reluctantly Queer,” “Clash,” and “Muxes.”

A poignant and hilarious look at a modern family set amidst the emerging AIDS crisis.

Chart a year in the life of Freddie and Stuart as they enjoy their inheritance and a birthday.

When police raided the Mafia-run gay bar Stonewall Inn on June 28, 1969, gay men and women did something they had not done before: they fought back. As the streets of New York erupted into violent protests and street demonstrations, the collective anger announced that the gay rights movement had arrived.

Real Boy is the coming-of-age story of Bennett, a trans teenager with dreams of musical stardom. During the first two years of his gender transition, as Bennett works to repair a strained relationship with his family, he is taken under the wing of his friend and musical hero, celebrated trans folk singer Joe Stevens.

Follow queer actor Dyllon Burnside on a journey to discover how LGBTQ Americans are finding ways to live authentically and with pride in the modern South.

Join Ann Curry as those whose lives were changed by the early days of the gay rights movement reunite.

Watch these shows online at pbswisconsin.org, on the PBS app of your phone or tablet, Roku, Apple TV, other digital TV devices and many Smart TVs.

R. Richard Wagner, author of “We’ve Been Here All Along: Wisconsin’s Early Gay History,” chronicles gay history in Wisconsin from the way the Oscar Wilde trials were reported in 1895 through the Stonewall Riots of 1969.

Noon Wednesday: We’ve Been Here All Along

Dick Wagner chronicles the history of gay Wisconsinites prior to the 1969 Stonewall riots. His new book, “We’ve Been Here All Along: Wisconsin’s Early Gay History,” shows how people lived their lives despite severe societal homophobia. “You shouldn’t assume that we have no past,” Wagner says, “and our past helps define who we are today.”

This 1955 educational film warns against “the dangers of homosexuality,” which is described as “a sickness of the mind.” The ten minute video was produced by the Unified School District and the Police Department of Inglewood, California.

American Masters: Holly Near: Singing for Our Lives

Just a generation ago, it was adults, not kids, who changed genders. But today, many children are transitioning, too — with new medical options, and at younger and younger ages. FRONTLINE takes viewers on an intimate and eye-opening journey inside the struggles and choices facing transgender kids and their families.

Our contributor has a book published in 1939 titled “Diana: A Strange Autobiography,” which tells a sympathetic story of how one woman discovers that she is a lesbian. Experts call this book groundbreaking as one of the first works of gay literature with a happy ending. History Detectives sets out to find the author. Who is Diana Fredericks? And is this story true?

The year is 2077. Society has collapsed. There are no cities, no guns. Just wanderers trying to survive. Nora and Daphine live an idyllic life alone and in love, far away from the drug-fueled, misogynistic communes that have trapped so many others. But when a male stranger arrives, their utopian existence takes a dark turn.

Given few options for her future, lesbian teenager Joey decides to join the military. Will a romance with a married housewife give her a way out?

Rani is a social outcast, transgender woman who welcomes life’s challenges in order to care for an abandoned child. Set on the streets of Pakistan, she is determined to do the right thing amid waves of challenges.