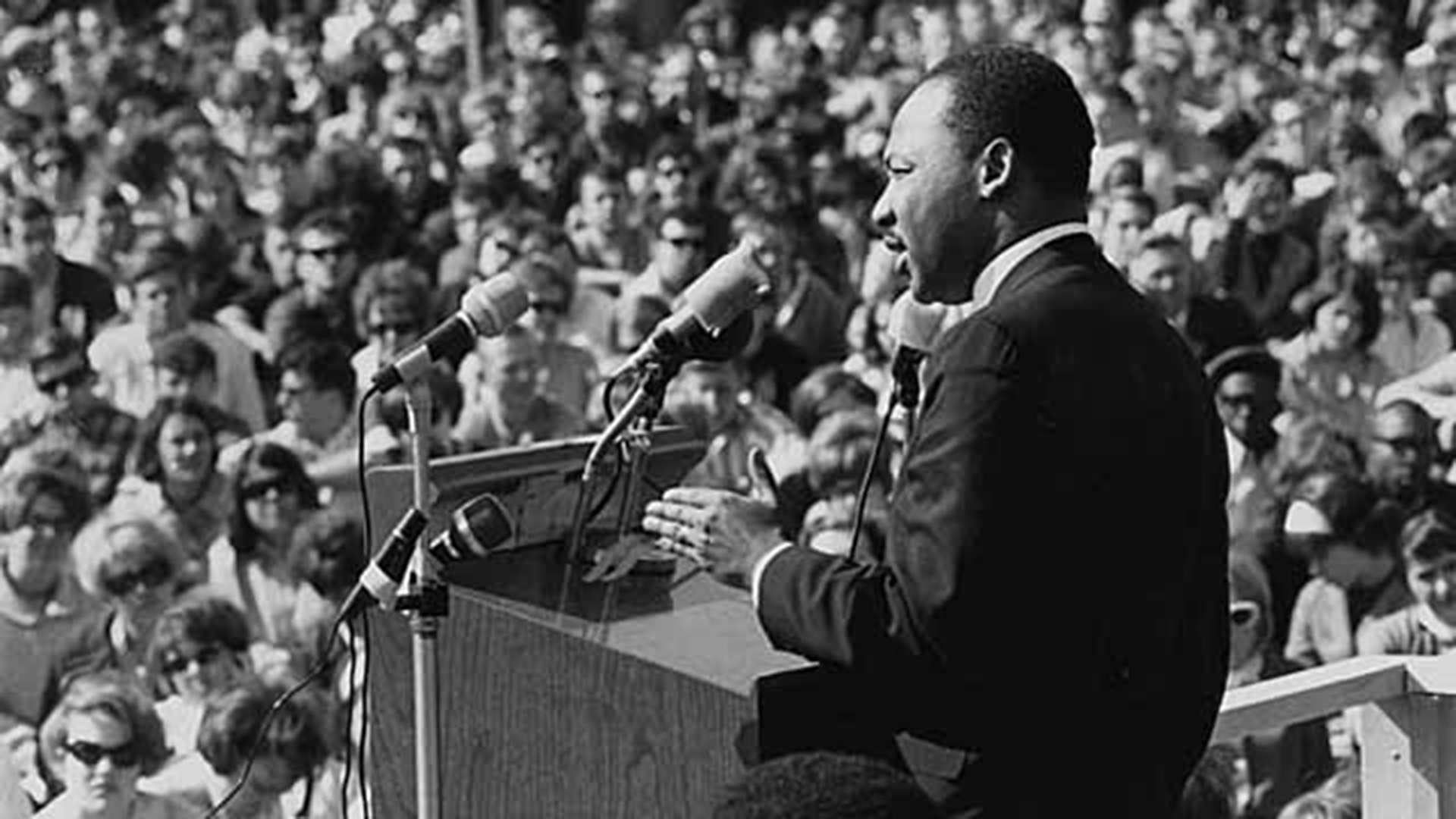 Every year since 1983, the United States has honored the Jan. 15 birthday of Civil Rights leader and Baptist minister Martin Luther King Jr. with the proclamation of Martin Luther King Jr. Day. This federal holiday is recognized annually on the third Monday of January (this year: Monday, Jan. 18) in celebration of King’s life and contributions to the Civil Rights Movement of the 1960s, and their enduring impact on American society.

In honor of Martin Luther King Jr. Day, PBS Wisconsin invites you to celebrate King’s legacy with this selection of programs, airing this month on PBS Wisconsin and available online, anytime.

Tune in to PBS Wisconsin Monday, Jan. 18 as Dr. Jonathan Overby of Wisconsin Public Radio hosts the 41st annual State of Wisconsin Tribute & Ceremony honoring Dr. Martin Luther King Jr. This production will include the presentation of two MLK Heritage Awards, the official state proclamation from Gov. Tony Evers, and – due to the cancellation of the live event – performances from years past.

In this special program from 2018 hosted by James Pickens Jr., the Cleveland Orchestra performs classical music, hymns and spirituals, to commemorate the 50th anniversary of the assassination of Dr. Martin Luther King Jr.

Origin of Everything: How Did Martin Luther King Jr. Get a Holiday?

Did you know Martin Luther King Jr. Day wasn’t celebrated in all 50 states until 2000? And that in order to create the holiday honoring the civil rights leader, we needed help from Stevie Wonder and the National Football League? Winning the battle to create a holiday in his honor took a lot of work. How did happen?

View a discovered tape of a speech given by Rev. Martin Luther King Jr. at the University of Minnesota in 1967, followed by an interview of King by host L. Howard Bennett for a discussion on ideas, methods and words of wisdom on how to achieve the goal of a free society for all.

In a NewsHour Shares moment of the day from 2016, the Nobel Prize Foundation released the full audio recording of Martin Luther King Jr.’s 1964 Peace Prize acceptance speech. Here is an excerpt.

This Emmy Award-winning, cinema-verite film premiered in April 1968, within days of King’s assassination. Produced by NET’s Public Broadcasting Laboratory, it provides an insightful, behind-the-scenes portrait of the man and his mission – as Dr. King toured southern black communities, planning and organizing the Poor Peoples’ Campaign and March on Washington.

In 1994, Martin Luther King Jr. Day was officially recognized as a National Day of Service where volunteers across the country work together to make a difference in their communities. The titles at this link include children’s books about Dr. King, fiction and nonfiction books about ordinary people who stand up for what’s right, and stories about helping others and giving back.

Martin Luther King Day | All About the Holidays

Learn more about this leader of the civil rights movement and about how we honor him today with this video from PBS LearningMedia.