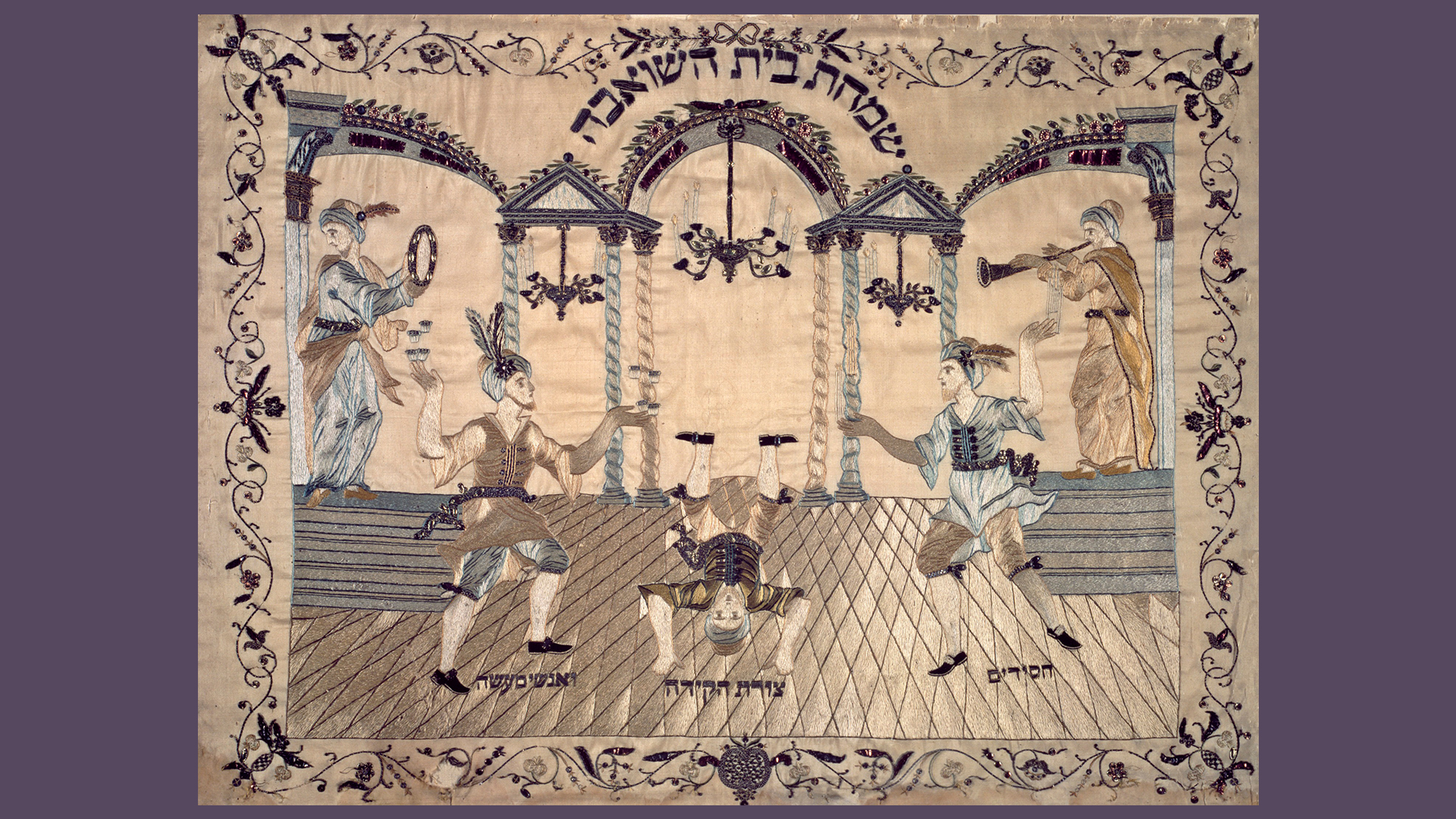 In May the United States celebrates Jewish American Heritage Month to honor the achievements and contributions of Jewish Americans and their over 365-year history since settling in New York state (then New Amsterdam) in the 17th century. This celebration invites us to reflect on the meaning and importance of religious pluralism and the significance of cultural diversity as essential to our national identity and civic life.

Throughout the month, PBS Wisconsin will highlight programs exploring the past and present of Jewish Americans and Jewish Wisconsinites who have shaped and enriched our communities. We invite you to enjoy a selection of this programming with us below.

Wisconsin Life | A partnership project of PBS Wisconsin and WPR
As part of Wisconsin Life’s ongoing series, Food Traditions, Laila Borokhim cooks Ghormeh Sabzi, a meal widely accepted as the national dish of Iran. She meditates on how cooking the food of her Sephardic Jewish culture for her family in Madison counters assimilation and drives ethnic celebration.

In 2015 Wisconsin Life producers visited the Jewish Museum Milwaukee to learn about Paul Strnad. In 1939, Strnad sent a desperate letter to his cousin in Milwaukee hoping the relative could help him emigrate from Prague after the Nazi invasion. The letter contained eight dress designs created by Hedy Strnad (Paul’s wife). Paul and Hedy hoped their cousin could find a manufacturer for the dresses. Seventy-five years later, Hedy’s dresses are on display at the museum. A related segment from our own Sewing With Nancy expounds on the exhibit.

University Place | PBS Wisconsin
University Place, our “digital lecture hall” showcasing scholarly talks and community events that span topics and disciplines, has a growing catalog of lectures by experts in the field of Jewish Studies and Jewish history. In “Science for the People: Visnshaft in Yiddish,” Tony Michels, Director of the Center for Jewish Studies at UW-Madison, explores a movement designed to bring the entirety of scholarly knowledge to the Jewish immigrant community in Yiddish, their native language.

Check out more University Place lectures that invite us to connect with and learn about Jewish history and culture:

From the Archive | courtesy of PBS Wisconsin’s partnership with the American Archive of Public Broadcasting
Our partners at the American Archive of Public Broadcasting (AAPB), who serve public television through the historical preservation of our media legacy, offer access to a digitized version of an episode of Wisconsin Roots Too, a talk show formerly produced by our station featuring in-depth conversations with local Wisconsin residents about their cultural and family histories. In this episode, Rabbi Manfred Swarzensky of Temple Beth El in Madison recounts the history of the Jewish community in South Central Wisconsin. This is part of the AAPB’s Jewish American Heritage Month Collection.

The Windermere Children: In Their Own Words | Now Streaming on PBS Passport
In the year that marks the 75th anniversary of the end of World War II and the Holocaust, this powerful documentary reveals a little-known story of 300 young orphaned Jewish refugees who began new lives in England’s Lake District in the summer of 1945. It accompanies a new PBS film adaptation of their story.

INDEPENDENT FILM | America Reframed – There Are Jews Here
“There Are Jews Here” follows the untold stories of four once thriving American Jewish communities. This film is a portrait of people who are doing their part to keep the Jewish spirit alive, while celebrating religious diversity in smalltown America.

PBS Passport members can also enjoy Philip Roth: Unmasked profiling the life and career of the Pulitzer Prize and National Book Award-winning novelist known for writing about themes of Jewish identity, anti-Semitism and the Jewish experience in America.

The acclaimed series Religion & Ethics Newsweekly ran for 20 years with its final episodes in 2017. Hosted by veteran journalist Bob Abernethy, it examined religion’s role and the ethical dimensions behind our top news headlines. The archive has an expansive collection of programming that both informs us about the rich and varied practice of Judaism as well as the complexities of Jewish identity. This clip introduces the weekly celebration of Shabbat/Sabbath. From sundown Friday to sundown Saturday, Jews around the world observe a day of prayer, rest, and spiritual renewal.

Monstrum – Golem: The Mysterious Clay Monster of Jewish Lore
PBS Digital Studios Monstrum presents a closer look at Golem. Made from clay and animated by the sacred word of G-d, the golem of Jewish origin has evolved over many years. The golem many people recognize today wasn’t invented until the 19th century–but how did it become so influential?

Arts & Culture Coverage From the PBS NewsHour:
This couple offers a comedic cure for Middle East conflict
Novelist Nathan Englander on how ritual fuels his writing
A Jewish comedian on respecting others’ religious beliefs
70 years on, searching for artwork looted by the Nazis