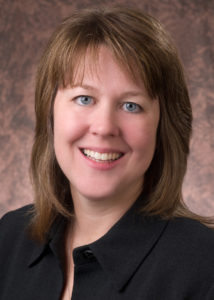 Christine Sloan-Miller is the director of production at PBS Wisconsin. Most recently she was the executive producer of news and public affairs overseeing all news and documentary productions for the six-station network, which includes local political and cultural programs as well as PBS Wisconsin's award-winning weekly news program Here and Now and a new PBS Wisconsin-WPR multi-platform Wisconsin Life project.

From 2003 to 2008, Sloan-Miller was the series producer of the PBS Wisconsin news-magazine program, In Wisconsin. Previously she served as associate producer for PBS Wisconsin's news and public affairs program, WeekEnd.

Before coming to PBS Wisconsin in 1999, Sloan-Miller gained experience working at a video production company and as a news producer at a commercial television station in Miami. She holds a bachelor's degree in speech broadcasting from the University of Minnesota in Minneapolis.