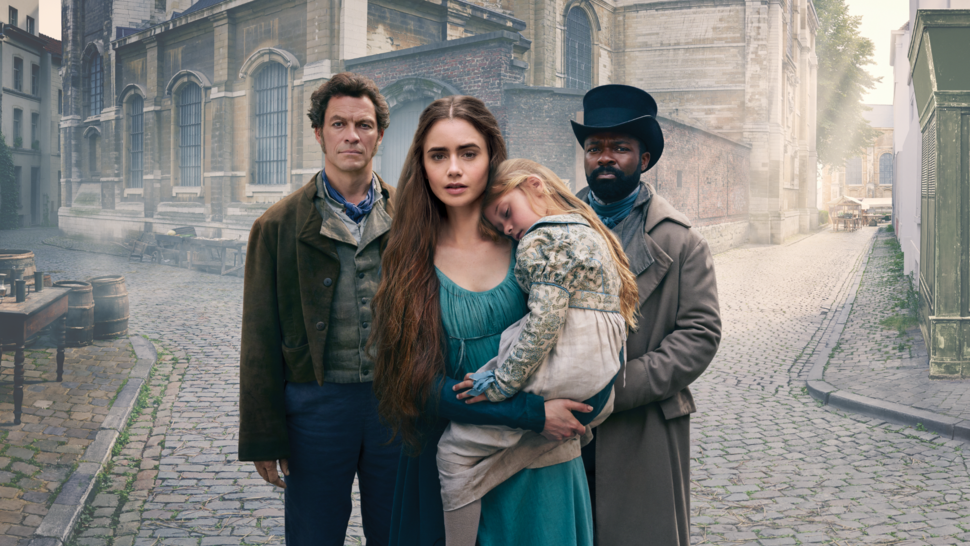 Meet the Cast of Les Misérables, Premiering on WPT April 14

There are some things you can always count on. The happiness that comes from that first cup of coffee – or tea – in the morning. The pure joy puppies bring. And, of course, some excellent MASTERPIECE programming on Sunday nights on Wisconsin Public Television. Thanks to the upcoming premiere of Les Misérables on April 14 on WPT,  Sunday nights are about to get even better.

Masterpiece and BBC One have announced a new adaptation of Victor Hugo’s classic novel Les Misérables, from multi award-winning screenwriter Andrew Davies. Davies is best known for House of Cards and A Very Peculiar Practice, as well as his adaptations of Vanity Fair, Pride and Prejudice, Middlemarch and War & Peace.

This new six-part drama adaptation, which has already been picked up across the globe by broadcasters in Scandinavia, southern Europe and Asia, stars Dominic West (The Affair, The Hour) as Jean Valjean, and David Oyelowo (Selma) as Javert. They are joined by Lily Collins (Rules Don’t Apply, Love, Rosie), in the role of Fantine. Plus, catch Olivia Colman  – who just won Best Actress at The Academy Awards for her performance in The Favourite  – as Madame Thenardier!

“With a striking intensity and relevance to us today, Victor Hugo’s novel is a testimony to the struggles of France’s underclass and how far they must go to survive,” says PBS. “The six-part television adaptation of the renowned book will vividly and faithfully bring to life the vibrant and engaging characters, the spectacular and authentic imagery and, above all, the incredible yet accessible story that was Hugo’s lifework.”

Love is in the air for Fantine and Félix… See their story unfold when #LesMisPBS premieres on April 14 on MASTERPIECE!

The distinguished British cast also includes Adeel Akhtar (The Night Manager, Murdered By My Father) as Monsieur Thenardier,  Ellie Bamber (Nocturnal Animals, Pride And Prejudice And Zombies) as Cosette, Josh O’Connor (The Durrells in Corfu) as Marius, and Erin Kellyman (Raised By Wolves) as Éponine.

Want to get to know the cast better? Check out a who’s who here. And watch the cast answer fan questions in this behind-the-scenes exclusive from PBS:

Are you a WPT Passport member? If so, you can binge the six-episode series starting on the night of its broadcast premiere! Not a member? WPT Passport provides extended access to an on-demand library of quality public television programming. Click here for more information on WPT Passport.